Why have just one idea when you can have ten?

What, No Deathball? – Sports

Let’s get one thing straight: I barely know a football from a hand-egg. The most extreme sport I’ve ever played involved shouting ‘mahjongg’ at the top of my lungs. So why am I doing a list of ten sports? Well, why not? Sure, I wouldn’t be able to play any of the new, surely enduring, pastimes that I’ve taken the time to invent. But you know, some of these sound like they might be fun to at least watch. If not watch, deride mercilessly as derivative and boring. Bring on the ‘sports’!

Let’s say you actually want to make one of these wonderfully bizarre sports a reality. How could you go about doing that? We won’t even entertain the Chicken-Rubik’s Cube hybrid. Warning: Don’t try that one guys okay?

We’ll look at the first idea in a bit more depth (passing a ball around in a circle quickly). Why? Well, the rules are almost obvious immediately. In fact, the first step to creating any new game (after picking a name, like.. Pass Ball), whether it’s a sport or traditional game, is most likely to figure out some solid rules. That’s what we’ll do now!

We choose to ignore all the finicky things like how to deal with cheating, or what happens if a player drops the ball. So you’ve done the rules, now what?  I won’t go into detail, but I imagine the next few steps go like this:

The basic rules are in place, so the next step is play-testing. Get some friends together (maybe reduce the number of players required if necessary), give the game a go. Your friends are likely to find loopholes in the rules that they’ll abuse, and you’ll be able to close them before they reach the public at large. For instance, there’s no rule saying that the players can’t move around. Under the above rules, player 1 could pass to player 2, then swap seats with player 3.. The ball would be passed to player 1 from player 2, and the rules say that counts as a rotation. Whoops! Better make that clear in the rules.

After a few iterations of play-testing and rules re-writing, you’ll have figured out whether or not the game is actually fun. That’s the important part! And even if it’s fun to play, is it fun to watch? Again, there’s only one way to find out. Get even more friends together to both watch and play your new game. Post videos of the play-testing on YouTube, make a homepage for the new sport, encourage other people to try it out. You’ll know you’re on to a winner when everyone’s having fun and spreading the word themselves. Congratulations, you’ve created a new sport! Just please don’t create the Rubik’s Cube ones. Okay? Remember me when you’re the Commissioner of Pass Ball raking in the big advertising bucks.

The future is now. Replicators are a reality, kind of. Okay, not Star Trek replicators, but rather MakerBot Replicators, as well as a host of dozens of other 3D printing solutions. 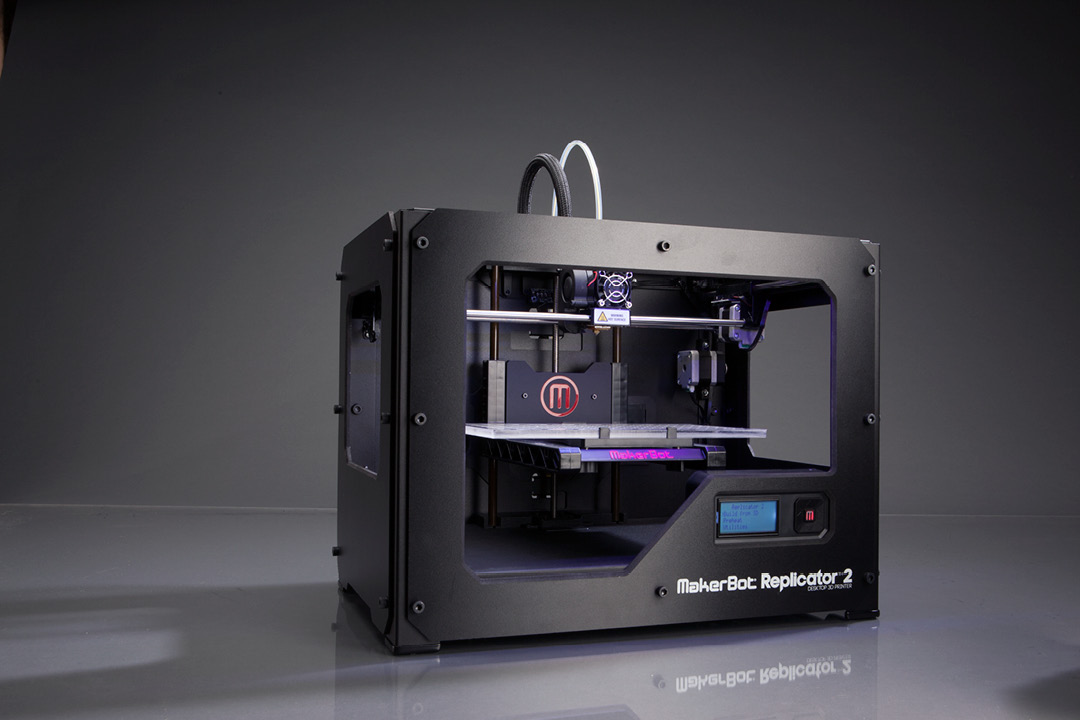 This thing is so future. It kind of looks like an empty PC case.

They’re so cool, and I have no idea how they work. I think plastic is involved. And layers. Simply put, 3D printers make plastic onions. They can also make other plastic vegetables, and even some plastic fruit! In fact, if it’s plastic, it can probably make it, or at least parts of it. Some 3D printers make things that aren’t even made of plastic! Check out this 3D chocolate printer:

At the request of a friend of mine, here’s ten less-than-Earth-shattering ideas for things that you could design with a (plastic) 3D printer, possibly! With some assembly required, of course.

There’s an awful lot of cup holder-related stuff on this list because I have no imagination and I love the fact that liquids can be stored in such convenient vessels. If we didn’t have cups, we’d have to hold our coffee with our hands, and that would be awful. So why not make them even more amazing with a bit of cheap plastic and some ingenuity?

In a stunning display of benevolence, I have deemed you all worthy of receiving the same wisdom I just received from Google twenty seconds ago. How do you even get into 3D printing? I guess the first step is the most obvious: You have to acquire a 3D printer. There’s an awful lot of them out there though.. How do you pick which one to splash out on? And after you get one, you actually have to design your wonderful new gizmo. Let’s look at these really briefly (for reference, these ‘First Steps’ are meant to be just that: What’s the very first thing you might think of doing to move forward with a particular idea? Sometimes, they’ll also be about what I learn while figuring out the first step, or maybe even some info about the first step itself!):

This is not an easy question to answer. It’s so hard, and I’m so unqualified, I’m not going to answer it. Instead, here’s some things you should keep in mind when picking your printer:

Here’s a big ol’ list of printers and prices courtesy of the people at 3ders.org! Knock yourself out.

How do I design my wonderful creation?

You thought picking (and maybe building) a printer was hard? Well, now comes the fun part. Look forward to spending a ton of time learning a piece of 3D design software and making sure the final blueprint is 3D printer compatible. I’ve heard something about ‘non-manifold surfaces’ being a no-no.. So yeah, that’s the sort of terminology you’ll be hearing regularly. Hope you brushed up on maths before you started!

I’m a little more ‘qualified’ to talk about 3D design software, because I did a tutorial in Blender once and it turned out so well I stopped using Blender. For real though, Blender is cool! I’m just not cool enough myself to use it. Here’s a few bits of software (free and commercial) you might use to do your designing:

Once again team, I can’t vouch for any of these. If this is your first time reading about 3D printing, you now know exactly as much as I do about the whole process. But maybe you’re interested enough to actually give it a go? If so, you’re a braver (and probably richer) person than I. Good luck, and remember me when you’re selling toothpaste tube-emptiers by the truck load.

I took a long walk out of town and treated myself to a large cup of coffee at Costa while thinking these up. I was the only person drinking coffee, but that might have been because it was three in the afternoon on a Sunday and it was hot enough to hard boil an egg by holding it up to the sun. Regardless, the cup saved the day, and I managed to develop ten whole story hooks. Why stories? Because I’m definitely not going to spend all my time on business (I’m thinking maybe once a week?), and I’ve always fancied writing. I’m not very good at it, but this whole project kind of helps with that! Without further ado..

“Matt, you only wrote 9 ideas because you’re holding one back, you selfish git!” Yes, I know. Here’s a bonus: Edward Snowden steals blogger’s secret idea, threatens to tell the world unless blogger breaks into the NSA mainframe. Come on guys, that one was a freebie. You can’t expect them to all be amazing.

Hey everyone! I figured it was time for a new project, so here it is. Darbenghast Ideas, a collection of ideas from Darbenghast’s inner most secret libraries. For the full story, ask yourself what the big idea is, and then read on for the first list of the new project!

Today, we’re focusing on business ideas. As the first day of the project, we can hardly expect any of these ideas to be original, let alone good. Ah well, let’s see what we’ve got:

So there you have it! Ten business ideas, and it only took me two hours and a huge cup of Costa coffee to get them out. In a future post, I’ll be covering one of these ideas in a bit more depth, including the first steps to getting it off the ground. That might be a while, because I have a few more ‘idea list’ posts back-logged from when I started this project. Until next time!