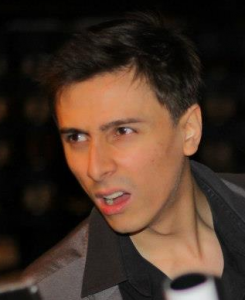 Matthew J. Darby is a Software Engineer by profession. He received his MEng in Computing from Imperial College London in 2012, joining gainful employment shortly after graduation. When not out with friends, Matthew spends most of his free time finding some way to amuse or better himself. Past “achievements” include:

When not wasting his potential, Matthew reads self-improvement books with no real intention of putting any of the advice in to action. As a side-project, he currently creates and maintains simple websites in the latest fad language/framework. Sometimes he cooks. We don’t talk about that.

Want to contact me for some craaaazy reason? You can reach ‘me’ at this address!